How to Hook Your Readers

For those who don't know, I am now writing the "Ask the Editor" column for the blog of the O.C. Writers Network. We open the Facebook page up to readers every month, and then I answer the question I can best help with. The following is taken from a post I did for them late last year, about how writing/publishing has changed in the past decades, especially as it pertains to “hooking” readers. Seth—the person who asked the question—mentioned a writer friend of his who keeps rearranging her book’s opening to satisfy those who say she needs to “get to it” more quickly.

Well, Seth, as to publishing and writing, I can only report from my own point of view, as an editor who works in many different genres (and whose clients’ books are successful with readers, get excellent reviews, and win awards). I won’t repeat what I covered in the last post here, about overdoing expository and description in the first pages and chapters, one of the chief reasons agents and editors pass on otherwise fine manuscripts.
Instead, I’ll focus on the “hook.” What hooks readers from the first few pages (often from page one), and keeps them reading?
In the days of yore, authors could take time to “bait the hook” as it were, to spend pages, often chapters, getting to the crux of what the book is about. (Some of this is because Victorian authors, like Charles Dickens—were paid by the word, so why not go on?)
Yes, today’s writers often hear that they need to hook people on page one, and that only action or drama—or laughter of course—will do that, and that it all has to happen right away!
But shorter and quicker is not always better. A big literary surprise in recent years was the success of Donna Tartt’s The Goldfinch, which many people (including some reviewers) found tedious and slow, but which I loved. I think the first line of the book hooked me because it is so mysterious: “While I was still in Amsterdam, I dreamed about my mother for the first time in years.” I kept reading to figure out how that happened and why.
People read books about people, as all my clients and students have heard me say; we don’t read novels to read about ideas and concepts and philosophies, we read to hear about—and perhaps to better understand—people. So, a hook needs a character, hopefully your main character, doing something that reveals or illuminates that person to us. Perhaps the character is still living in the “Eden State” of a story—before the inciting incident—but it had best be an active, visual, and somehow exciting one.
What hooks us in almost every case is the same, in my humble opinion: characters doing or saying things that hint at what is lacking in their life (as in the Goldfinch example), or what is so perfect about their life—right before it all comes crashing down. So, if we want to show cruelty in a person, we don’t have to show them hurting someone on page one, but we could show casual cruelty: going out of their way to crush an insect under their boot heel, or throwing something at a pet that’s annoying them.
Of course, we can also show peace and calm “before the fall” as it were, as in one of my favorite openings, from Steinbeck’s East of Eden. The author describes the Salinas Valley with near-poetic lyricism, but two of the initial sentences are: “I remember my childhood names for grasses and secret flowers” and “The memory of odors is very rich.” I think the reason Steinbeck’s opening hooked me is not because of the painterly visuals of the natural world, but because of the “I” in those first lines. Who is the person, and why was his childhood so memorable and “rich”? 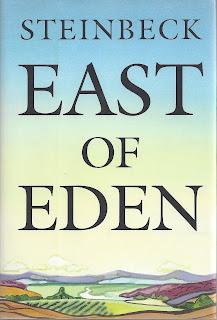 O.C. author Gayle Carline opened her most recent Peri Minneopa mystery A More Deadly Union with a shootout, but the bullets weren’t flying just to make us go “wow, I wonder what’s happening here?” It was not action/danger/violence for its own sake; the injury sustained in the opening pages has a huge impact on Peri’s character arc, not to mention being an important step in the book’s plot, so the dramatic scene’s action was key.
Clearly, every genre has “rules” that need to be followed, even literary fiction. With a genre comes expectation. You can’t write romance and not introduce your main character in a way that tells us why or how she is “looking for love” or definitely NOT looking for love, which amounts to the same thing. Some genres have to open with a murder, or at least a dead body. But the hook should also relate to a book’s theme or story, in some way, no matter how obscure.
So, Seth, the question your friend needs to ask herself is this: What is my book about? If she can “pitch” the book to you in a sentence or two, she knows what it is about. And if she knows that, then the opening should be easy to decide on, because it will be a scene that tells us, most clearly, who the book is about and why we should care.
Posted by Jennifer Silva Redmond at Monday, January 28, 2019