The City By the Bay, and an Editing Tip

I'm busy editing, but finding time to enjoy being back in San Francisco. Karl the Fog rolled in last night just in time to obscure the fireworks, but we still enjoyed sitting out in the cool night air seeing the "fogworks" and the lights of the city all around us. Oracle Park was lit up for the holiday too, though the Giants were in AZ. They are back home today, and I'm excited to finally be able to witness a 2021 home game later today. No need to get a ticket—I can see right into the ballpark from my boat; we have a great view of the city, too. 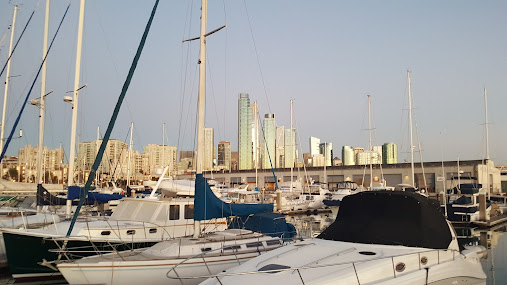 One of the difficult parts about writing a novel is knowing how much of your expository can be left for later—or left out, if it has already been said or implied. But as writers, we tend to forget, by the time we are working on Chapter 5, what we have already said, in Chapter 2.

Authors tend to be excited, and rightly so, about their main character(s). That leads to a sort of transferred narcissism, the kind of non-stop "me show" that would turn you right off in person, from a live human being, but that we can be blind to when writing about our protagonist. This can be true about describing our setting as well—we're so excited to show the reader how much homework we've done about Bangor or Seattle or the Okefenokee Swamp, that we go on and on about it, ad nauseam. In craft circles, this is known as an "info dump" and it translates to boredom.

So, at the beginning of your next rewrite, try this tip: Print out the first two or three chapters. Then go through each of the chapters, armed with a yellow highlighter pen, and mark all the facts that readers need to know, anything that is integral to the story. Then look at the pages and highlight in pink (go over the yellow) anything that the reader doesn't have to know at that point; see how much of the page is pink—you need to move a majority of that later. Highlight all repetitions in blue so you can decide where to leave it for the most impact.

Usually the answer to where to give a reader key info is...later. Remember, in Chapter 1, the reader only needs enough information to be able to understand what is revealed in Chapter 2, and so on. If the character's first job is crucial to a key plot point that doesn't come until Chapter 25, then we don't need to learn that fact in Chapter 1 or 2. (Obviously, don't do an "info dump" with that knowledge at the tail end of Chapter 24 either; find a spot for it to come out organically, when your protagonist is talking to someone about her work history or her past).

Look over the color map of those chapters. You will not only have a very clear idea what needs to be revealed when, you will have a clear visual diagram—all the non-highlighted paragraphs and pages—of how much of your writing is inconsequential details that don't always further the story. A lot of that can be eliminated, or trimmed way down, so it adds life and color to your characters and setting, without becoming a drag to the book's opening chapters.

Hope that helps a bit. Keep up the good work. Hasta pronto!