As most of you may know, I started writing professionally by writing plays and acting in them, which took me from San Diego, to Los Angeles, and then to New York City. In 1989, I re-connected with Russel Redmond, who quickly became my life partner and co-conspirator in all things. For our honeymoon we sailed south to Baja California’s Sea of Cortez. Eventually, we sailed on to Florida and back to San Diego, but we returned on our boat to the Sea in 1996. There we founded the Sea of Cortez Review—an eclectic literary journal of writing about Baja, which I edited and Russel illustrated.

That labor of love led me to Sunbelt Publications, where I spent over a decade happily editing, packaging, and marketing their books about Mexico and California. That was fun and challenging, but when I became Editor-in-Chief I started spending more time with grant proposals, P&L statements, and budgets, which meant less time with books and authors.

At Sunbelt, I was lucky enough to work with the witty and brilliant short-story writer Daniel Reveles and the esteemed historian Harry W. Crosby, plus Baja buffs Judy Goldstein Botello and Greg Niemann, dry-land plant guru Maureen Gilmer, San Diego historian Richard Carrico, and many more, for over a decade. Not to mention meeting co-workers with whom I became fast friends. 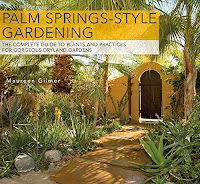 On my own as a freelance editor since 2011, I work directly with authors on their books which continues to be a joy to me.

Recently, my old friends, Lisa Gulick and Maria Groschup-Black opted to take over Sunbelt from the retiring Lindsays who founded the company in 1984. With Maria's wife Nichole, and long-time publications manager Debi Young, they are trying to keep this regional publisher and distributor not just afloat, but expanding.

I can't resist such "quixotic adventures" as my old friend Harry Crosby would say, so I pitched in to help. I am going to be editing a new Baja book, and I am going to be helping their new marketing and promotions intern, Emily, with some crowdfunding for new books, plus doing a bit of social media promotion and marketing when I have the time.

All this to say that while I am still working with authors and teaching and writing my editing book, I am also returning to something I love—helping new books get published and celebrating their emergence into the world. Stay tuned for more on all this.         Hasta pronto!