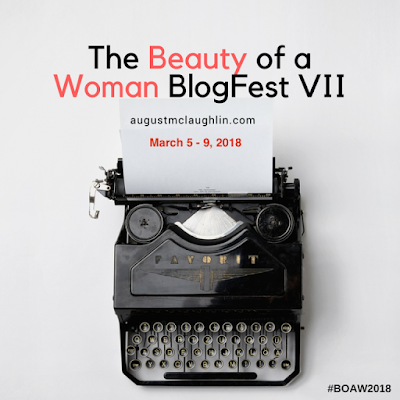 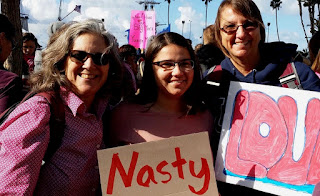 I was there with my niece (proud to call herself a "Nasty Woman"), her mom, and about 30,000 other inspired, dedicated, hard-working women. Some of us were dressed in pink and many were holding signs that spelled out just how fed up we were—done with misogyny, racism, sexism, and every other kind of intolerance. (Sure, some of that anger was directed at a particular man who currently holds a powerful office, but we all know that he's not the real problem, he's just a very ugly symptom of the systemic problem).
We marched and we chanted. We were united, we were one, we were energized, and we were all beautifully determined to keep up the fight.
To that end we will keep marching, keep speaking out (#metoo #timesup), and work to instigate change by running for office, by volunteering to help put worthy people into government, and by taking to the polls by the millions come November.
And that is something I find incredibly beautiful.
hasta pronto!
Posted by Jennifer Silva Redmond at Monday, March 05, 2018 24 comments: